Usually when I’m traveling alone, breakfast is a handful of almonds and too much coffee since I’m running to a TV station to set up, go live with the latest segment and then rushing to the airport to fly out.  Typically, I don’t have a real meal until later in the afternoon when I can finally come up for air (and sustenance!) So, it’s always a treat for me when I can luxuriate over a decadent breakfast with a bit of bubbly. 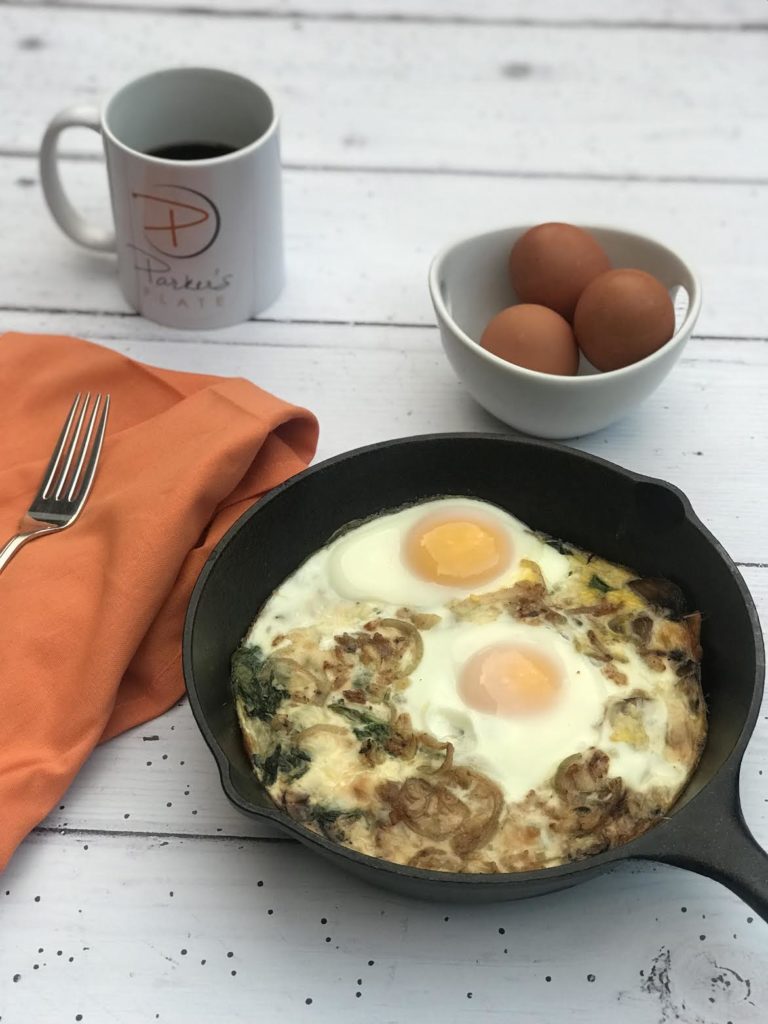 Last weekend in New York, the girls and I went to a trendy Mediterranean spot on the Upper West side called Ella Kitchen and Bar, and I was inspired to recreate what I had for brunch.  They served individual portions of egg dishes in mini skillets and I loved the presentation! It took me back to when I was a teenager when my friends would head to the local Pizza Hut after school for those Personal Pan Pizzas served in those little round skillets.  My allowance was always blown on food — shocker! But, I digress.  These little cast iron skillets were loaded with flavor: combination of cheese, egg, veggies and the runny egg on top that would drip down and cover it all in delish! 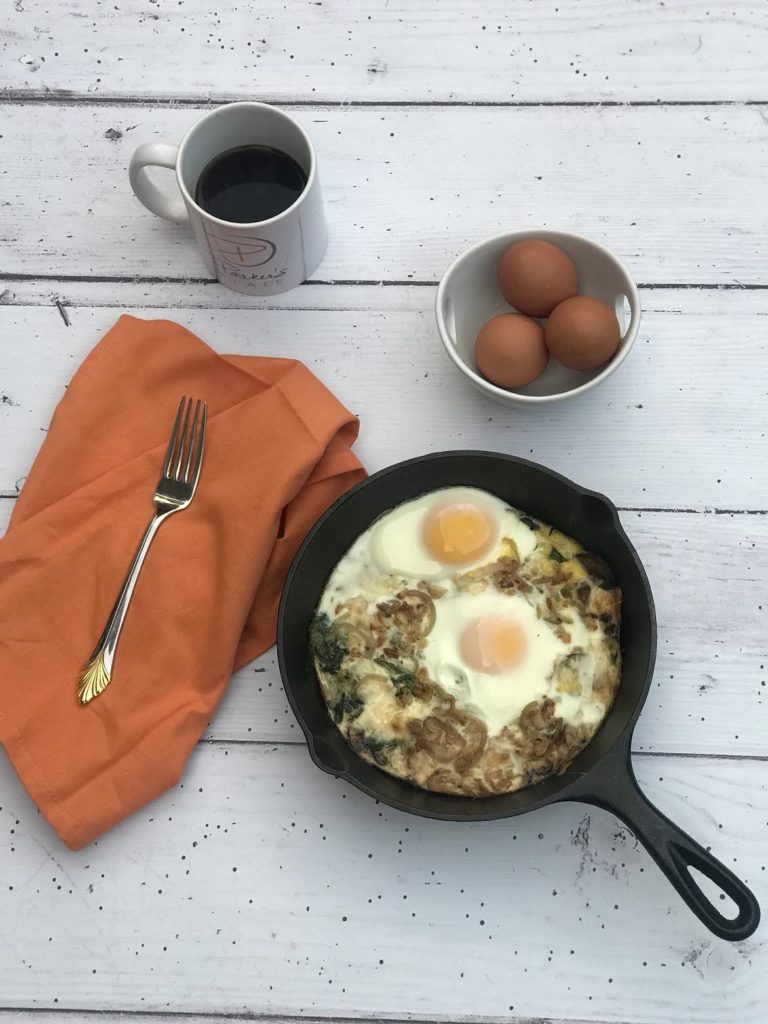 The key to this dish is adding some savory ingredients, like mushrooms and spinach, then folding in egg whites, heavy cream and parmesan.  But the secret to the ‘just baked eggs on top’ is to take the skillet out 5 minutes before cooking time, crack those bad boys on top and then bake off another 5 minutes to just get that sunny side up, but not too runny consistency.  JP calls them, “Dippin’ Eggs.’ I call them perfectly portioned breakfast perfection. 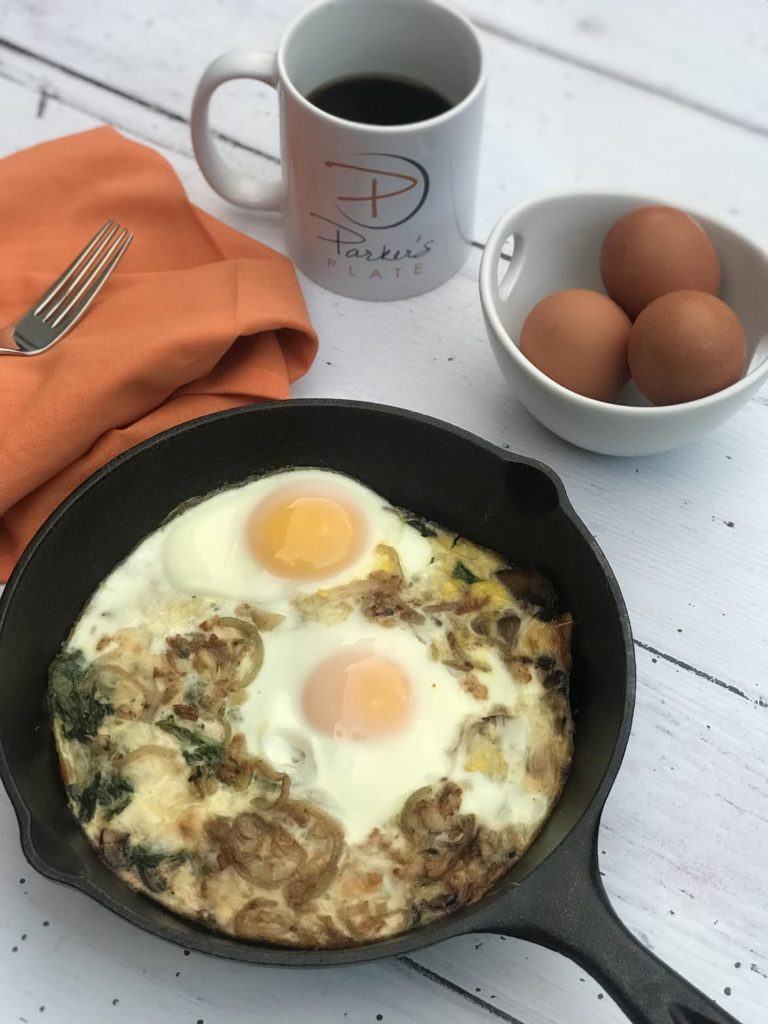 Now I’m kicking myself that I didn’t snap a pic of the yolk cascading down into the skillet….guess y’all will have to make it to see for yourselves! 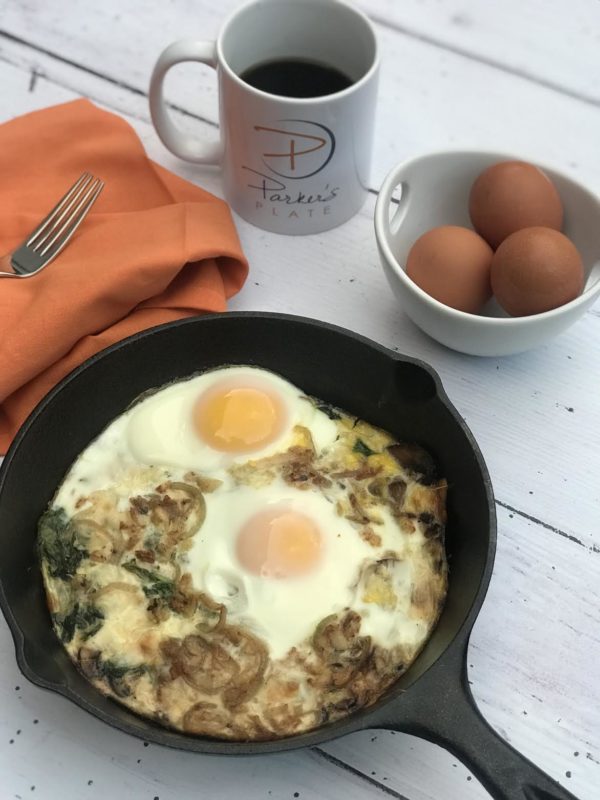